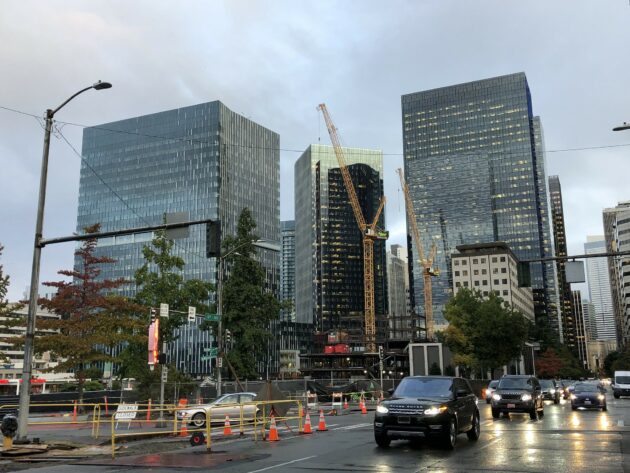 It pays to be in tech, and in Seattle.

The city landed among the top metro areas in the U.S. when it comes to strong wage growth in the Q3 2019 PayScale Index, which tracks quarterly and annual trends in compensation and provides a national forecast for the coming quarter.

Seattle wages were up 1.4 percent from last quarter. The rise of 24.9 percent since 2016 is the largest of any city, including San Francisco, at 23.9 percent. 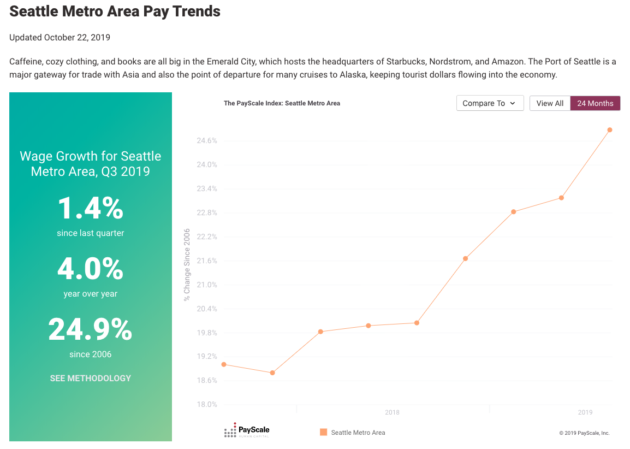 The national average is up 15.1 percent since 2006, but when inflation is factored in, PayScale says “real wages” have actually fallen 9.6 percent, meaning the income for a typical worker today buys them less than it did in 2006. The PayScale Real Wage Index incorporates the Consumer Price Index (CPI) into the PayScale Index (which tracks nominal wages) and looks at the buying power of wages for full-time private industry workers in the U.S.

Art and design and social service jobs were at the bottom of the occupations list with a decline in annual wage growth of 0.3 percent and 1.3 percent, respectively. Wage growth in the oil city of Houston was the slowest in the nation, rising only 0.5 percent year over year, likely reflecting recent fluctuations in energy markets.